Bread braided with a buttery chocolate filling. Soft, airy bread with a charming shape and joyful chocolatey flavor to impress after the first bite.

As I most recently have a little time, I was looking on the web a few days ago. Trying to get new, interesting tips, inspiring dishes that We have never used before, to amaze my loved ones with. Looking for a while yet could not find too many interesting things. Just before I thought to give up on it, I stumbled on this fabulous and simple dessert simply by luck at Suncakemom. It looked so fabulous on its photo, it required fast action.

It had been not difficult to imagine how it is created, its taste and how much my hubby will want it. Actually, it is very easy to please the guy in terms of treats. Yes, I am a lucky one. Or possibly he is.Anyways, I went to the blog and simply used the step-by-step instuctions that had been combined with impressive pictures of the task. It just makes life rather easy. I can suppose it is a slight effort to take photos in the midst of cooking in the kitchen because you usually have gross hands therefore i seriously appreciate the effort and time she put in to build this post and recipe easily followed.

That being said I’m encouraged presenting my personal dishes in a similar way. Appreciate your the idea.

I had been tweaking the initial recipe to make it for the taste of my family. I’ve got to say it turned out a great success. They prized the flavour, the overall look and enjoyed having a sweet such as this during a lively workweek. They quite simply asked for more, a lot more. So the next occasion I’m not going to make the same mistake. I’m gonna double the volume to keep them pleased.

This post is based on Braided Egg Bread from SunCakeMom 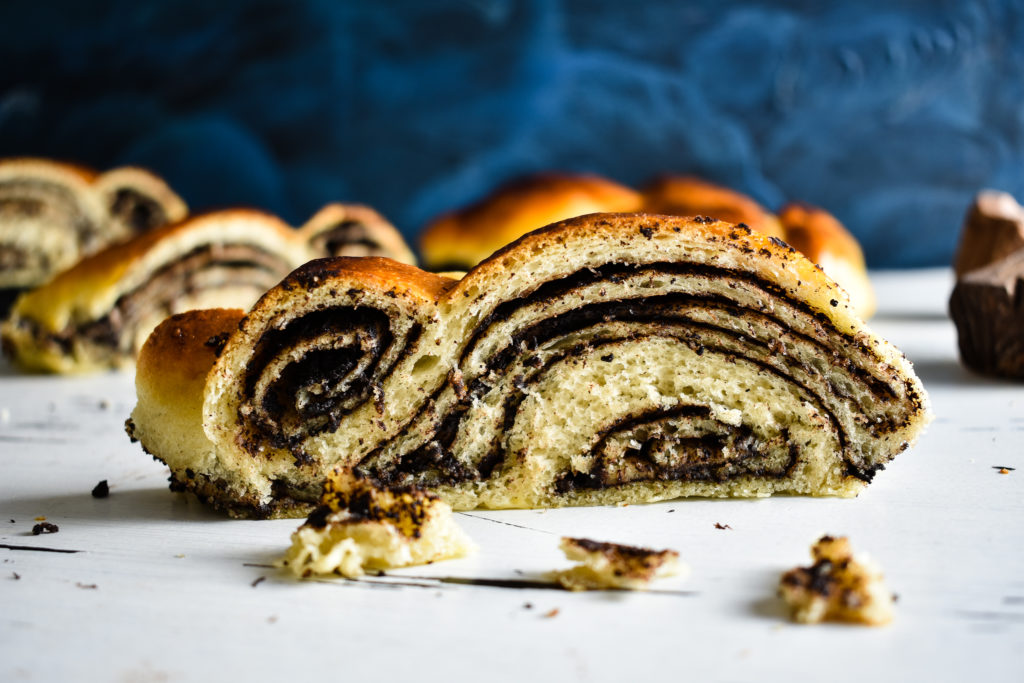 Pour yeasty milk on top of the flour mixture.

Knead it until it’s even and the dough is off the side of the mixing bowl.

Cover the bowl and leave it in a warm place for an hour to raise.

After an hour take the dough out of the bowl onto a floured surface.

Divide it into 6 equal pieces.

Make dough balls out of them.

Find a warm place aside to place them not too close to each other, and cover them with a kitchen towel for another half an hour to raise more.

Put dice butter and put it in a mixing bowl with the cocoa powder and the honey.

Whisk them together until butter gets a creamy, easy to spread texture.

Then start working with the first dough-ball. Place it on a well-floured surface and strew it in the size of the baking tray with a help of a rolling pin.

Spread 1/6 of the chocolate cream evenly on top.

Repeat the same process with the other dough-balls as well.

Braid three logs together and place the braided bread on one side of the tray.

Repeat it with the other three logs as well.

When both bread is in the tray cover them with a kitchen towel and leave it in a warm place for another 15 minutes.

Break an egg and mix it with a drop of honey and vanilla extract.

Brush egg on top of the bread before putting it into the preheated oven.

Leave it in the oven for half an hour or until the top is golden brown.