Looking for a healthy breakfast or just something on the go? These tasty, healthy and natural granola bars will do the job, be it morning or after lunch.

As I recently have some time, I was looking on the web yesterday. On the lookout for new, exciting tips, inspirational meals that We have never tried before, to impress my family with. Searching for a while unfortunately couldn’t discover too many interesting things. Right before I wanted to give up on it, I ran across this scrumptious and simple treat by chance. It looked so delightful on its photos, that called for quick action.

It had been easy to imagine how it’s made, how it tastes and how much my hubby is going to enjoy it. Mind you, it is very simple to impress the man when it comes to puddings. Anyhow, I got into the page: Suncakemom and followed the comprehensive instuctions which were coupled with superb photos of the procedure. It really makes life much easier. I could suppose it’s a bit of a inconvenience to take snap shots in the midst of baking in the kitchen as you most often have gross hands and so i sincerely appreciate the commitment she placed in to make this post and recipe conveniently implemented.

That being said I am empowered presenting my own, personal recipe in a similar way. Many thanks the concept.

I had been tweaking the initial recipe to make it for the taste of my family. I can say it turned out an awesome outcome. They prized the flavor, the structure and enjoyed getting a delicacy such as this in the midst of a hectic week. They quite simply requested more, more and more. So next time I am not going to commit the same mistake. I am likely to double the amount .

You can find the original granola Bars Recipe recipe at SunCakeMom 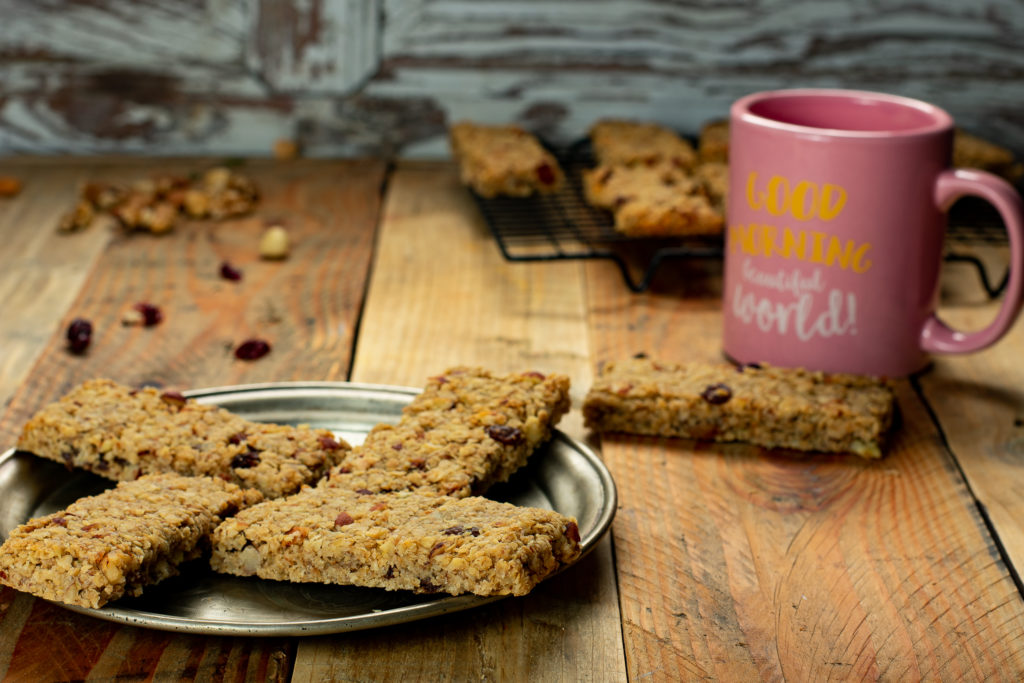 Prepare tray with parchment paper so it’ll be easy to take the granola bars out of the tray when they are ready.

Crush the nuts in a food processor or whatever means available.

Melt butter in a big saucepan.

Mix oat, nuts, sweetener and vanilla extract in a big bowl then pour mixture into the saucepan and roast the oat until it gets a slight golden brown color.

Pour double cream into the saucepan and cook it in low heat for a couple of minutes stirring the mixture constantly.

Separate egg whites from yolks and put them into a mixing bowl to beat them until hard peaks form.

Put it on the tray and spread it evenly. Press it down as much as possible.

Shape out the stripes of the granola bars before placing tray in the oven.

Put tray in the preheated oven for 15 minutes or until granola bars turn golden brown. Mind the bars at the sides as those tend to brown more quickly. Take them out one before they burn to oblivion.

Take tray out and leave it to cool down completely.

Serve it with milk or other warm drink or keep them in an airtight container for later.